Bringing beauty to the globe

If you haven't heard - I've been published! In a national magazine! It's my first time - can you tell! I wanted to share with you how I created the project that will be in the Sept/Oct issue of Sommerset Studio (on the newsstands Sept. 1).

I subscribe to Design Studio and one day they shared a door wreath made from wrapping birch bark around a straw wreath. I can't explain why, but I suddenly envisioned looking through the Globecraft Memory globe into the forest; like peering out from the inside of a birch tree.

I started by visiting a local field where I took photos of and gathered milk weed pods full of Santa's whiskers. I used one of those photos as the backing for the globe and placed a milk week pod and stem inside the globe as well. It looked very natural - all white and fluffy - in the dimensional globe. To create the look and feel of birch bark I opted to use Grungepaper that I embossed in a script embossing folder. What I like about the Grungepaper is it tears like real birch bark so it really presents itself well. I then gave it a whitewash using Ranger's Snow Cap Adirondack Paint Dabber. The Grungepaper is glued to the Globecraft Memories frame. The brads are attached for show. The edges are torn and curled to represent the real thing. 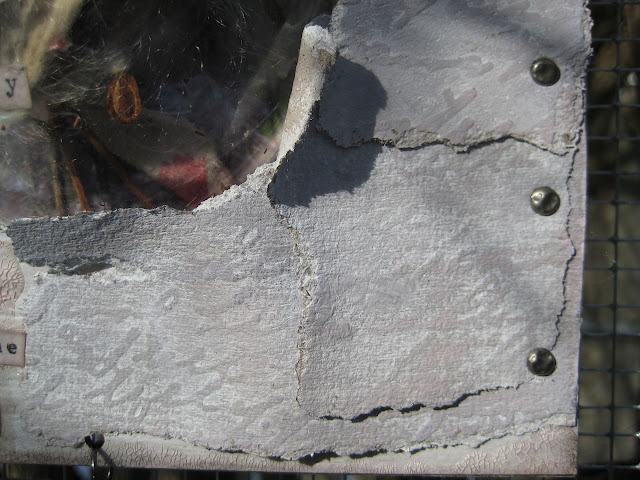 The nature quotes popped up in a search on Google and were printed and cut out. I inked the edges and attached them to the globe and frame with Glastique, a clear-drying glue. I also added some twigs and branches from the field just to add to that feeling of being out in nature. 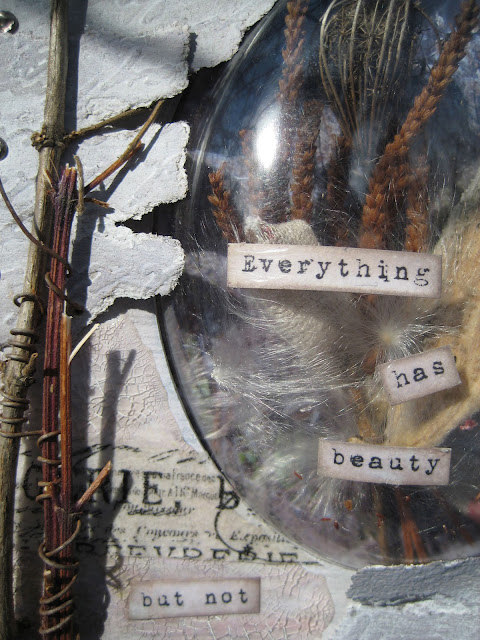 The title is set into an Idea-ology Ornate Plate and attached with brads. I really wanted this to be a large visual piece of wall art but wasn't sure how to accomplish that. I had all sorts of visions but nothing would pan out. I finally drove down to the Salvation Army store and I came across an ugly frame for $2. I cut out the center and stapled on some hardware wire and attached the Globecraft frame to the wire. 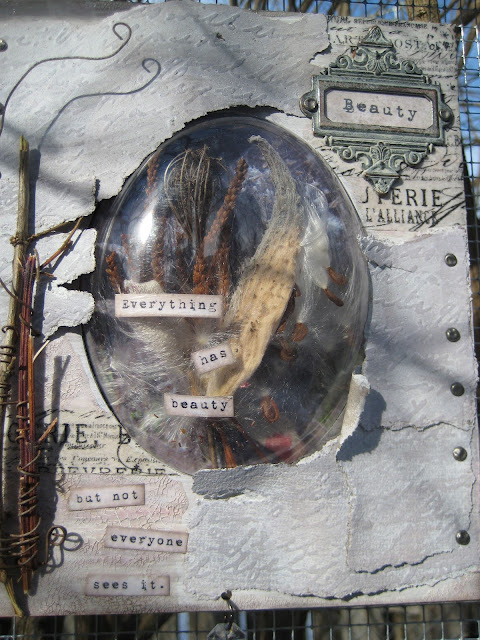 After white-washing I added more nature quotes to the inside ledges of the large wooden frame. There's a lot going on in this piece and every time you look you'll find another little piece you missed before. 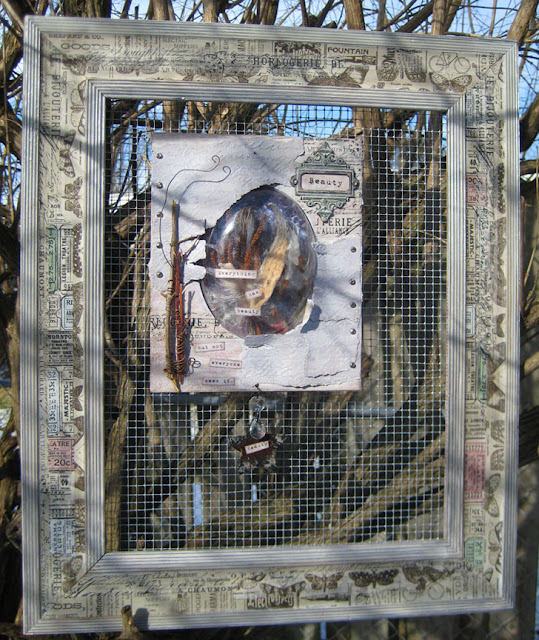 My mind is always contemplating what I'll put in the next Globecraft Memory Frame! Thanks for stopping by! 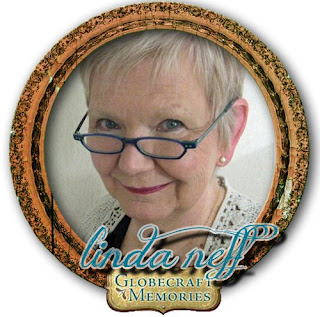 
Posted by Stacey Adams, SweetStamps.com at 2:15 AM

Very cool and congrats to you.

This is very cool Linda!